Do Not Feed the Gators

"Worry is the interest paid by those who borrow trouble."

It's our practice to offer out-of-town guests a menu of non-Disney things to do. Not just because of ever-increasing costs at the Magic Kingdom and EPCOT but to give people an opportunity to experience natural Florida.

Walt Disney World is not Florida.

One of the options is an airboat tour of Lake Jesup.* This 16,000-acre lake (65 km), one of the largest lakes in Central Florida, with varying depths of four to nine feet, is the Sunshine State up close. It's a body of murky water home to various species, including Great Blue Heron and Snowy Egrets.

And it has a reputation as the most alligator-infested lake in the U.S., with 13,000 gators (1.3 million statewide), according to the Florida Fish and Wildlife Conservation Commission. (FFWCC biologists conduct gator census at night using spotlights and counting eyes.)

How dangerous are alligators?
For the most part, alligators like to be left alone. They're carnivores, but humans aren't one of their preferred meals. As a result, Florida averages six bite victims annually, and the Florida Wildlife Commission says gators killed just 26 people between 1948 and 2020.
One tragic loss of life was that of 2-year-old Lane Graves at Disney's Seven Seas Lagoon near the Grand Floridian Resort on 14 June 2016, where his family was vacationing.
Leaving trouble alone
Sometimes trouble comes looking for us even if we did nothing to egg it on. We're innocent. Such was the case of the toddler at Disney.
Florida state law makes it a crime (up to a $500 fine/or 60 days in jail) to harass or feed an alligator. One expert put it this way--"By providing food for these wild animals, which are naturally afraid of humans, we make them bolder and encourage them to seek out people."
As if there isn't enough to do to stay on course with post-pandemic responsibilities, we tempt fate by going where we don't belong and hanging with people known for giving bad advice. And not taking time to learn from our experiences.
We risk losing a veil of personal and corporate protection by unnecessarily feeding particular appetites.
Running a principled business.
In "Inside Money," the story of Brown Brothers Harriman, the merchant banking firm, author Zachary Karabell recounts the advice Alexander Brown gave his associates as the House of Brown got underway. 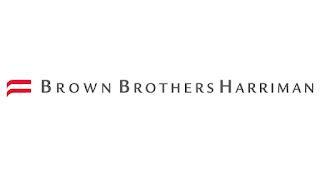 (C) BBH
What would distinguish one firm from another, Brown insisted, was reputation and trust. "Anyone could buy and sell stuff, but not just anyone could develop a trusted reputation," the founder instructed.
What were Brown Brothers Harriman's guidelines to keep from tempting fate?
The author notes that not all decisions went perfectly, and mistakes were made. "But the template established by Alexander Brown--stick to your last, stay focused, guard your reputation zealously as your most precious asset, be always prepared for hard times, and avoid unnecessary risk--formed the lasting core of the firm," Karabell concludes.
Getting out front
Alexander Brown's principles for the House of Brown began with his values and experience.
Here are ways to inform your distinctiveness:
1. Self-awareness is the ability to see ourselves and the enterprise clearly and objectively. We invite the perspective of others, practice self-control, and work creatively and productively in this frame of mind. (positivepsychology.com)
2. Make it a practice to tell the truth. Being truthful means we can grow and mature. Truthfulness makes social bonds, and lying breaks them. To quote Oscar Wilde, "The truth is rarely pure and never simple." (skillsyouneed.com)
3. Surround yourself with individuals of strong moral character from all walks of life. Find people who are more intelligent than you, who have experience, and who can be trusted. Sometimes ordinary people are the most profound. (forbes.com)
4. Treat people with dignity and respect. That means accepting someone for who they are, even if different from you.
5. Don't jeopardize relationships before their time. While being clear on your point of view, there's no need to intentionally antagonize others. As Mafusa says in The Lion King: "Being brave doesn't mean you go looking for trouble."
*Airboat tours launch from Black Hammack Wilderness Area, Oviedo, Florida.
Strategist.com