Can You Be Trusted?

"No virtue is more universally accepted as a test of good character than trustworthiness."

2021 is a milestone, having now spent 50 years in business. Nine years working for closely-held companies; 41 years in private consulting with corporations and nonprofits. There was a concurrent 21-year collaboration with The Gallup Organization as well.

Summer employment during college expands the mix to include practical experience gained at General Motors in Flint, Michigan. Thanks to Howard Johnson and Richard Wirsing, my principal assignment at GM in the 1960s was that of an office clerk. 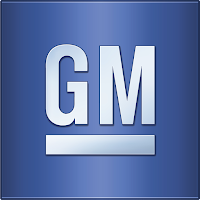 I served plant superintendents when full-time clerks went on vacation. Typing letters. Screening phone calls. Scheduling meetings with union representatives. Make sure company-provided white dress shirts get sent to the laundry each week. And most importantly, keeping a superintendent's confidence.

Our time at GM was priceless.

Covid-19 and a global pandemic (March 2020 to the present) caused the U.S. economy to contract a record 31.4% in the second quarter of 2020, with a loss of nearly 21 million jobs in April last year. A strong recovery is underway, but it's uneven among businesses, households, and communities.

Last year's initial exposure to a global pandemic, subsequent lockdowns, with cries for help (from businesses and nonprofits) should have humbled everyone. But humility is rare and fleeting.

A lot has happened in five decades. Thus our observations and formal studies of leaders and leadership (they're not the same things) allow us to draw some conclusions.

What have we learned?

... Like vehicles from the auto industry, influential leaders (executives, managers, supervisors) come in all makes and models. Likewise, consistent performers offer an assortment of styles complemented by healthy dispositions.

Dynamic personalities make good cover stories, but introverts make great leaders. "They are calm, good listeners, don't like to micromanage, and tend to resist self-defeating impulses," according to a Great Place to Work analysis.

... Not far from any successful leader is an executive or administrative assistant who helped that person function well under tight deadlines. Assistants make an executive's promptness and preparedness possible by serving with diverse skills. The ones we met knew how to hold trust.

... Employees gravitate not to politicians but to leaders who know who they are and what they believe. Who let everyone know what they will and will not do. Those values and clarity give voice to moral authority and create boundaries for acceptable behavior.

... A chief executive role is demanding. From 2003 to 2013, about a quarter of CEO departures from Fortune 500 companies was involuntary, according to the Conference Board.

... What contributes to any leaders' problems? Poor hiring decisions; postponing decisions; avoiding conflict; lack of truthfulness; and the economy.

Mercurial temperaments are not necessarily controlling but tend to make people unreliable.

... Someone to observe is Satya Nadella, Microsoft's CEO since 2014. His company priorities of creating clarity, energy, and success, regardless of the circumstances, are secondary to family commitments. Known for empathy and a relational style, the India-born Nadella is leading Microsoft to a new level of success. Approximately 90% of Microsoft's value has been generated under Satya Nadella's leadership.

... "Where are all the women CEOs," was a February 2020 headline in The Wall Street Journal. The article asked why, when women earn most college degrees and make up roughly half the workforce, few occupy the chief executive job. Women today lead 167 of the U.S.'s top 3,000 companies. That's more than double the share a decade ago but still under 6%.
What explains this imbalance?

However, any time a leader moves from their natural state, they risk losing their genuine identity. Comparing oneself to others produces what results? It's a practice that makes it harder to discover our inner self--the only one that can be improved.

"Be like me" was an enticing message for those climbing the corporate ladder. Unfortunately, most pied pipers offered formulas that proved difficult to replicate as organizational culture and competencies are seldom transferable. Buying ideas and clothing have this in common--both should have a proper fit.

... Publishers took advantage of the next big thing by selling millions of books now available on eBay or sitting on shelves in the basements of public libraries. The exceptions may be "Good to Great," by Jim Collins (four million copies), and "The Five Dysfunctions of a Team," by Patrick Lencioni (three million copies).

... Several management concepts spread quickly over the past 50 years, including "teams."  A few theories have proven themselves, such as execution, a learning organization, and having the correct corporate values. Conversely, 360-degree feedback, business process reengineering, and management by objectives are long past their prime.

Nevertheless, organizations face a troubling inversion--the more the concept of leadership is promoted, the less there is of it. A CareerBuilder survey of 3,625 workers in the government and private sectors found that only 34% of respondents have the goal of moving into a management position.

What does a half-century career bring to mind about leadership? The absence of wisdom.

Having experience in finance, marketing, or operations is a given. But, in addition, people skills and an ability to communicate are musts. Add to that an understanding of deploying technology to compete in a digital economy.

However, our interest in this post is examining the attributes that support or the deficiencies which detract from those leadership skills.

May it be said that one of the distinguishing qualities of your life and work is that you are trustworthy in all things.