"You have not lived today until you have done something for someone who can never repay you."

In 2020, a year in which a global pandemic caused the world to stand still, financial giving to charitable organizations in the U.S. reached a record $421.44 billion. Those contributions came from individuals, bequests, foundations, and corporations.

Here's a look at giving by source--

+Giving by foundations increased 17.0% to an estimated $88.55 billion, reaching its highest-ever dollar amount.

Who were the top beneficiaries?

+Giving to education is estimated to have increased by 9.0% to $71.34 billion. Education giving includes contributions to K-12, higher education, and libraries. This category benefited from a robust year-end stock market.

+Giving to foundations is estimated to have increased by 2.0% to $58.17 billion.

There are other aspects to this nearly half-trillion-dollar story.

Ms. MacDonald, the Foundation chair, adds that while the totals are record-setting, individual households and specific charities may look different, with many facing hardships.

"In some ways, 2020 is a story of uneven impact and recovery. However, many wealthier households were more insulated from the effects of Covid-19 and the ensuing economic shock, and they have had a greater capacity to give charitably than households and communities that were disproportionately affected and struggled financially," said Amir Pasic, Ph.D., Dean of the Lilly Family School of Philanthropy.

For most, pre-existing relationships provided a support base, while making new connections was harder to pull off.

A spirit of generosity

The Giving USA report for 2020 focuses on financial giving. However, other ways people can give don't require wealth, such as donating to local food banks and volunteering time to feed the homeless. 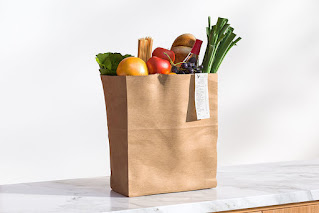 The University of Notre Dame's Science of Generosity initiative provides an insightful look at the concept itself. In its roots, generosity meant "of noble birth." However, over time that meaning began to change. Generosity evolved from family heritage to a nobility of spirit that would be found in people everywhere. It no longer depended on family history but on whether a person possessed a spirit of generosity.

"Generosity, properly understood, could call any given person to a higher standard," the Science study concludes.

An up-to-date definition of "generosity" refers to giving good things to others freely and abundantly.

The Notre Dame research offers plenty to think about--

Gratitude makes a difference
There may be times when for good reasons, lead gifts in a financial campaign come with naming privileges. Or major donors give publicly, encouraging others to do the same. What's notable in a culture of self-gratification is that the vast majority of the $421 billion charitable dollars in 2020 were given unobtrusively. Those donors are grateful for what they have and willingly share with others.
And who gives might be surprising.
Sociologists Christian Smith, Michael Emerson, and Patricia Zell Herzog looked carefully at giving and broadened the social character of those who give generously. They found a reservoir of value in giving time, emotions, and energy through volunteer work.
"Volunteering is, in fact, a consistent bright spot among researchers," they wrote. "People who do it tend to do it often and support thousands of institutions, nonprofits, and other groups that would not exist without this free work."
In a 2000-person Internet survey conducted in 2010, the authors found that some 60% of the people surveyed who live below the poverty line gave something versus 32% of those above the bar.
Developing cheerful givers
Looking for teachable moments? Here are four from "American Generosity:  Who Gives and Why:"
1. Seasonal giving helps build a habit in busy lives.
2. The amount of time, energy, and money people give goes up if it's routine.
3. A huge predictor of giving is exposure to generosity as a child.
4. Most people who participate in giving as kids, especially as volunteers, continue that habit as an adult.
What else do we need to know?
The writer, D. L. Hope, suggests that giving is best carried out by not mingling motives.
"If you want to call attention to your good deed, then it isn't a good deed; it's a self-serving one."

From Notre Dame's study on the science of generosity to 2020's record results, there's much to be said about the practice of cheerfully giving good things to others freely, abundantly--and quietly.