The State of Charitable Giving

"If you can't feed a hundred people, then just feed one."

In 2019, American individuals, bequests, foundations, and corporations gave an estimated $450 billion to various religious and charitable causes. According to Giving USA, that giving level ranks among the highest years ever for philanthropic contributions.

"In 2019, the growth in total giving was driven by an increase in giving by individuals, which remains by far the biggest source of giving," said Amir Pasic, Ph.D., and the Eugene R. Tempel Dean of the Lilly Family School of Philanthropy.

Una Osili, Ph.D., associate dean, summed it up this way, "We saw solid, broad-based growth in almost all aspects of charitable giving, and especially in giving by individuals due to substantial increase in the S&P 500 and personal income. 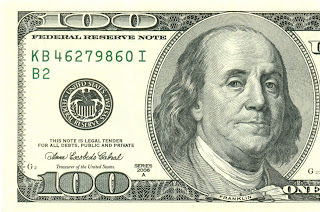 "While giving trends vary by donors' income and wealth, since the Great Recession, we have seen giving become more concentrated toward the top end of the income and wealth spectrum," Dr. Osili added.

Where did the money come from?

Where did the money go?

The top five recipients of charitable gifts in 2019--

The power of generosity

The 2019 report reflects the practices of generous givers who believe in a worthy cause and back it up with their time and contributions.

Research from the University of California, Davis, confirms that generosity begets generosity. That it spreads and transfers even with several degrees of separation. Individuals affected by your generosity will act generously toward others for a significant period.

Additionally, scientific evidence shows that generous people often feel grateful as a permanent state of being. People who remain mindfully thankful, rather than choose it as a temporary state of mind, have been proven to engage in healthier behaviors, have a more robust immune system, are more able to relax, and have decreased disease rates. (Harvard School of Health; Midland Health)

o Giving is increasing because of large gifts from wealthy donors through private foundations and donor-advised funds. Unfortunately, as a result, smaller and mid-level donors are slowly disappearing across the broad range of all organizations. That's unfortunate, as the loss of middle-class philanthropy would be devastating to smaller charities.

o A person's attendance at a house of worship is the best indicator of overall charitable generosity. Those who attend worship regularly (two or three times a month, at least) are three to four times more generous than those who attend less frequently or not. (Lake Institute)

o People who stop itemizing won't necessarily stop giving. But at the margins, economists expect tax code changes to reduce donations from where they otherwise would be or to change where and how they contribute.

o More than half of charitable organizations in the U.S. expect to raise less money in 2020 than in 2019, and an equal percentage believe the same for 2021. However, 3 out of 10 human services charities said they expected to raise more funds in 2020 than in 2019. (Association of Fundraising Professionals)

o The challenge confronting all fundraisers during Covid-19 is being unable to meet face-to-face with donors and prospects.

"It's much easier for our frontline people to have a Zoom call with someone they know really well than it is to qualify a new prospect for fundraising purposes," noted Steven Bayer, associate vice president for university development at Duke. However, Bayer said that keeping in touch with loyal donors and bringing new ones into the fold are the basics that cannot be neglected.

It's essential to keep coming back to motivations for giving. Why do people give?

1. A belief in the mission. People want to be part of something that changes lives. Nonprofits and churches only have one thing to sell--changed lives. The best way to raise money is to simply do your job--and communicate results.

2. Regard for staff leadership. The donor's regard for those who lead the organization ranks high on most donor surveys. When they have confidence in those individuals to perform, the gifts follow. When they don't, the donations go elsewhere.

3. Financial stability of the institution. People don't give to sinking ships. Instead, they donate to ships that are sailing strong and give every indication of reaching their destination. More than ever, they are holding nonprofits accountable for the wise use of funds and looking for solid performance with the funds already given.

"There is one general rule that is the most important for charitable organizations, nonprofits, and colleges to follow--don't stop fundraising," says Mike Geiger, CEO of AFP. "Those that continue to raise funds--even increase their fundraising--will do the best," Geiger emphasized.

Studies show that stewardship is the best step forward toward receiving the next gift. So don't abandon ethics, and express appreciation for every donation, regardless of the size.

Donors want to hear from the organizations they trust.

Do donors hear from you?

Sources:  Charitable giving and distribution totals for 2019 are from Giving USA.