"If you do not change direction, you may end up where you are heading."

When should CEOs change strategy?

In his book, "Strategic Thinking," George Morrisey suggests that "you change strategy whenever you determine that the one you are following is no longer likely to lead you in the appropriate direction." 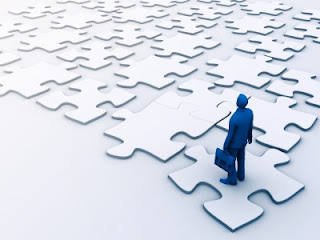 Organizations tend to change direction for one or more of the following reasons:


For some it's a matter of corporate A.D.D.--they can't stay in one place very long.

Regardless of why revisions are made, living in a digital world may shorten the lifespan of your business model (i.e., assumptions about how you plan to make money).

What can we learn from the evolution of strategies?

The bumpy road ahead

One example of how bad things were during the "great recession" ten years ago was the disastrous condition of the U.S. auto industry.  At the end of 2008 Ford Motor Company was just months from running out of cash. Congress threw the three major auto makers a taxpayer lifeline. General Motors, and what is now Fiat Chrysler, decided on a bailout. Ford chose to save itself. Even mortgaging its blue Ford oval.

Alan Mulally arrived at Ford in 2006 from Boeing Commercial Airplanes where he was CEO. After an assessment of the situation he and others put together a strategy around unifying global operations, transforming a lackluster product lineup, and changing a culture of infighting and backstabbing.   This strategic roadmap, created in crisis during the now celebrated "Thursday" meetings, was not only designed to save the company but keep Ford in the hands of the Ford family.

"One Ford" was the mantra under which employees carried out what has been described as one of the greatest comebacks in business history.

With the rise of electric and self-driving vehicles, Mr. Mulally's successor, Mark Fields, is doubling down on a "Two Fords" strategy recasting the company as an auto maker and transportation services provider.

The single mission and message of former CEO Mulally ("One Ford") is moving to a broader mission aimed at taking on new Silicon Valley competitors such as Tesla Motors, Alphabet's Google, and now, Apple.  Rumors of Amazon getting into self-driving automobiles are beginning to surface as well.

Tesla delivered 76,230 electric vehicles in 2016, is losing money, yet has a market cap of $53 billion, more than GM ($49 billion) and Ford ($44 billion), as investors are treating Tesla as a tech business, not a manufacturer.

All major auto companies, including Ford's crosstown rivals GM and Fiat Chrysler, are hedging their bets on what they believe is likely to be a very different transportation future, one not imagined in Detroit a decade ago.

On May 19, 2017, Ford's Board of Directors fired CEO Mark Fields and installed Jim Hackett, head of Ford Smart Mobility, as CEO.  Hackett was previously CEO of Steelcase, and Interim Athletic Director at his Alma Mater, the University of Michigan.

Although the $155 billion department store industry has often proved its critics wrong, it appears the onsite retail shopping experience may be at a breaking point. While e-commerce has been expanding for a decade through smartphones and other devices, department stores and apparel chains are not keeping up.

Full service stores have been on the decline for two decades with consumers moving to off-price retailers such as T. J. Maxx and Dollar General which plans to open 1,000 stores this year.

The U.S. Labor Department reported 60,000 job losses in February and March of this year in the retail sector with major retailers scheduled to close over 3,000 stores in 2017.  That number includes chains such as Macy's, J.C. Penney, K-Mart, Sears, H.H. Gregg, and Payless Shoe Stores.

Even Polo Ralph Lauren, with its affluent customers, is not immune closing its store on Fifth Avenue in New York City due to declining sales and profits at the company.

Over expansion would be on the list.  Newer shopping centers. A shift in where discretionary dollars are spent--from products to services. Harried households too busy to drive to a mall. However, a major disruptor of retail is online shopping making it easier for consumers to bulk purchase non-perishable goods (diapers), and in some cases, with free delivery. All from the convenience of home.

The future could be warehouse distribution centers replacing malls, at least in urban areas.

Walmart announced last month a new discount program covering 10,000 items for customers who order online and go to the store for pickup.  That promotion expands to one million items in June of this year.

Others, like Target and Office Max, are fighting back with a combination of technology, personal service, in-store pickups, and smaller stores. Costco uses groceries to distinguish itself and does well against Amazon.

Macy's new CEO, Jeff Gennette, says his company is a "sea of sameness in what it sells today."  His plan--cutting back on "fashion basics" to make room for higher-priced and trendier clothing.  To cover both ends of the shopping spectrum Macy's will offer more options for bargain shoppers who are going to outlets and other discounters.

It could be that Macy's real estate ends up being worth more than its retail operations.

The sports business is not immune to changes in strategy.  Most often those decisions take place on the field of play by the team manager.  What about the front office?

After a 108-year wait for a World Series Championship the Chicago Cubs won it all in 2016 in one of the great series-ending finales of all time against the Cleveland Indians.   Talk about a "hey-hey!" moment to quote the late Cub's announcer, Jack Brickhouse.

Did that long drought end with good pitching?

Theo Epstein, the Cubs President of Baseball Operations, big on statistics during his time with the Boston Red Sox, decided to move from quantitative to qualitative methodologies.  Instead of an overeliance on analytics, Epstein went for a three-pronged, holistic approach:  (1) hiring for character, (2) limiting how data is used, and (3) building stronger relationships among the core players, thus avoiding isolation.

Together with the 2015 National League Manager of the Year, Joe Maddon, Esptein's primary focus on character proved a winning strategy for 2016--and hopefully beyond.

Here's breaking news--McDonald's is going to return to its original identity as an affordable fast-food chain and "stop chasing after people who will rarely eat there."

"Our greatest opportunities are at the core of our business," Chief Executive Steve Eastbrook said recently.  The tighter focus appears to be paying off with better-than-expected first quarter sales globally and in the U.S.

McDonald's has lost around 500 million food orders in the U.S. in the past five years as it tried and failed to widen its customer base.  The company offered different menus adding more salads, snack wraps, and oatmeal, to no avail.

Interestingly customers weren't leaving for fast-casual chains such as Panera.  They were going to other fast-food chains like Burger King.

So the new strategy is "not to be different but be better," says corporate strategy vice president, Lucy Brady.

McDonald's arrived at that "be better" conclusion by talking to its customers. Getting feedback (even from non-customers) is one way to help determine the right course correction.  Better to discover opinions first hand and put them into the mix than to cook up strategies in isolation, far from the dwindling crowds.

Gaining clarity on a business's true identity, as McDonald's seems to have done, is a big first step in closing the strategy-execution gap.