In the , issue of Business Week magazine, there's a picture of Steven Reinemund, CEO of PepsiCo.  He is smiling—and for good reason.  In the third quarter of that year, PepsiCo reported excellent numbers.  This was due to a 7% revenue growth from snacks and 16% sales growth from international markets.


Fast forward to a different decade.

Founded in 1965 through the merger of Pepsi-Cola and Frito-Lay, PepsiCo went on to acquire Tropicana in 1998 and merged with the Quaker Oats Company, including Gatorade, in 2001.


According to Fortune Magazine:

Earlier this year Ms. Nooyi, who has a strong interest in nutritional products, outlined a new plan to support the core North American beverages business.  She also removed the head of that unit in an attempt to get things moving again.


While there's a lot of back-and-forth in the cola wars perhaps PepsiCo could learn from an internal laboratory that has fueled the growth of its snack business, which a few stock analysts would like to see spun off as a separate company.

Some time ago I was given the opportunity to go on-site and visit innovation in action at Frito-Lay, a unit of PepsiCo.


Our presenter Dwight Riskey, since retired, was a corporate vice president and chief marketing officer.  In his own personable way Riskey took the audience inside the processes of innovation at Frito-Lay.   While not all business principles transfer well, there may be something on this short list of take-aways that could be helpful to your organization:


Mr. Riskey made clear that sustained growth is hard to achieve.


After the 90s dot com bust and the real estate debacle of recent times, we know in retrospect that much of the growth purported by many companies and market sectors was an illusion.  While high-flyers get a lot of media attention for rapid growth, the enterprise worth putting under a microscope is the one that achieves consistent results over extended periods.


Success stories like this are hard to find for two reasons.  First, these businesses tend not to draw attention to themselves.  Second, the examples are few and far between.


Business leaders are in tension with themselves wanting control, creativity and growth at the same time. This is a difficult act to pull off.

If it's true new products help PepsiCo increase revenue, how does innovation see the light of day in a large bureaucracy?   What makes the difference when it comes to identifying and implementing innovative ideas?

It could be credible individuals such as Dwight Riskey and his talented staff.  Or as best-selling author Jim Collins would say, the “who.”


Innovations don’t happen by themselves.  They need help.  There needs to be a champion pushing an idea through a system that is often quite comfortable with itself.  Product innovation is not likely to go anywhere without someone giving permission or protection to try something new.


It’s important to understand that Riskey, in his day, had access to people who could make decisions and provide resources for innovation.  How did he get this access?  Trust.  He made time to establish solid relationships within PepsiCo.


It would be easy to look at products, advertising, and luck at Frito-Lay to conclude this is the path to profits.   These three categories are important.  However, it’s essential to give credit to the human element of successful improvisation.


How we see something determines how we’re likely to respond.  If your thinking and position is mature then it could limit creativity.  If so, what are ways to tap the imagination and be innovative? 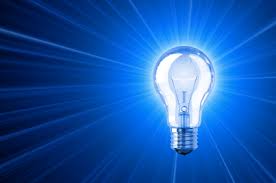 Have you ever thought of simply moving around the room to look at your idea from another angle?  Or enlisting others to help you think about the product or service you’re trying to launch?  Or talking to consumers who don't buy from your business and asking them why?


If it’s difficult being creative using outmoded thinking, it’s impossible to turn on the light in a closed mind.

And this may be the most enduring lesson from our day at Frito Lay.